Showing posts from December, 2017
Show all

Wishing Everyone Health, Wholeness and Prosperity in the New Year! ॐ 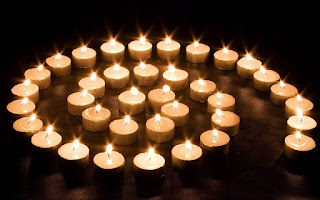 December 11, 2017
Integral Hatha Yoga  – Aimed toward managing the mind through meditative practice of  asana  (physical postures),  pranayama  (breathing practices), dharana (concentration),  pratyahara  (quieting of the senses) and dhyana (meditation), it may also include  mantra  (chanting) and  netyavyamam  (eye exercises). Hatha Yoga balances both the generative and receptive energies of the body-mind, and encourages stability and ease in all that we do.  Hatha Flow  – Embracing all aspects of Hatha Yoga, Hatha Flow  moves through traditional yoga postures fluidly from one position to the next, incorporating breath into a moving practice. This dynamic approach can be excellent for balancing strength, stability and ease, while improving joint health and agility. While  Hatha Flow  tends to be gentler than  Vinyasa  styles (which tend toward the athletic), it remains dynamic and toning.  PranaStretch - This approach is based on the teaching of Eric Beeler, and is the foundational practice info
Read more

The Wheel of Yoga (What is Yoga?) 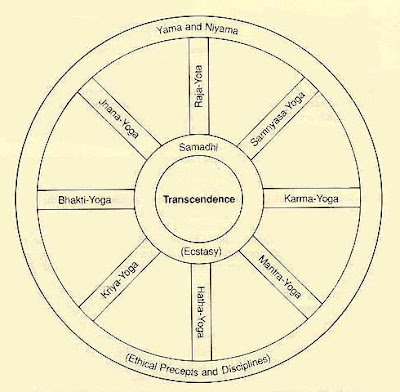 Yoga is “the stilling of the whirling of the mind.” The word yoga comes from the root word, yuj (Sanskrit), meaning union , or to yoke . Yoga is often defined as union, and in a physical practice, we begin by uniting the attention and the breath in the body. Georg Feuerstein’s Wheel of Yoga (from The Yoga Tradition ) illustrates the many paths of yoga (the spokes), with the shared outer hub of the yamas and niyamas (the ethical practices), and the common aim depicted by the inner wheels of samadhi (enstasy) and transcendence of the "egotropic" consciousness to realise the Self. The Wheel of Yoga, from Georg Feuerstein's The Yoga Tradition . All physical yoga practices, most popular in the west, fall under the category of Hatha Yoga . Common names for yoga (like Integral Yoga , Vinyasa Yoga , Iyengar Yoga , Kundalini , Bikram , ShinGaia Yoga , etc.) are different schools or approaches to yoga within the larger genre of Hatha Yoga. Hatha Yoga –
Read more 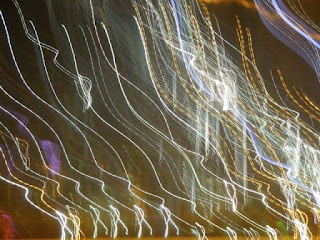 Ann Moradian:  "How do you bring the sacred space of your being with you everywhere you go, so that no matter where you are in your life that’s always with you, and that just becomes ordinary...  exquisitely, deeply, humanly, beautifully ordinary – wholeness . I think my aim is the wholeness, more than anything that would necessarily be visible..."
Read more